<Zinemastr> Welcome to the inSiTe IRC channel! We are ready to start our LIVE interview with Mike Scott!

<Zinemastr> The interview will be moderated by inSiTe music editor Bob Mackin...welcome gentleman!

<BobMackin> Welcome to Vancouver, Mike. To quote your lyric “It's fine to be in your company,

<BobMackin> A (technological) miracle to be with you..."

<BobMackin> It's been more than five years since you were last here.

<BobMackin> We have questions here for you via email and from people who are online.

<Evan> Mr. Scott: You seem to write quite lyrical and poetic prose - have you considered writing or publishing a book/anthology?

<MikeScott> No Evan I never have, but I'll keep your idea in mind...thank you very much!

<BobMackin> Here's an email question from Mark Marshall in England: Bring ‘em all in, do you consider this to be a better album when played really late at night? Is this something you've considered -- the songs seem far more potent in the dark and quiet.

<MikeScott> Well Rub, I think computers are wonderful tools when used in conjunction with humans...!'m all for them!

<BobMackin> Tell us about your current tour. It's just yourself on stage?

<MikeScott> Yes it's a one man show... play acoustic and electric guitar and keyboards...and sing the BALLS off my songs!

<Evan> Mr. Scott--> The Waterboys are only on hiatus?

<MikeScott> No Evan the Waterboys are finito...

<BobMackin> Do you still keep in contact with Anthony Thistlethwaite or Karl Wallinger?

<MikeScott> Well Chris, I got a phone call on my answering machine from Anthony the other day...he suggests lunch!

<MikeScott> As for Karl, I bump into him at rock festivals...once every four years or so...

<Mizuho2> Mike, saw you in Detroit (Japanese girl that talked w/ you afterward). You asked us if there was anything that he should have played. I was impressed that you cared - many performers wouldn't.

<MikeScott> Thanks Mizuho, that's a very nice thing for you to say...I'm always trying to improve my show...and your the guys on the receiving end.

<rubadub> do you plan to stay solo or are there plans to get together with other musicians in the future...if so who would you like to team up with?

<MikeScott> I will continue to work under the name Mike Scott...but I do plan to assemble some backing musicians.... I would like to work with...uh-oh I'm stumped...but I know they're out there

<laurao> When and why did you go to Findhorn? Could you tell us about it?

<MikeScott> I went to the Findhorn community first time dec/92...It's a cool place...and I got a lot from being there. It's like a school or college of life and they have lots of different courses and workshops...many of which I did. I also played a lot of music while I was there in the community theatre. They have an internet site, look for Findhorn...

<_Echappe> Mike, which of those workshops exactly did you take?

<Evan> Mr. Scott--> I've seen your list of books you read while recording Bring ‘em all in... You seem like you would enjoy Jonathon Livingston Seagull.

<MikeScott> Thanks Evan, I've read some of Bach's other books...and enjoyed them.

<BobMackin> Of all the places you have written and recorded, which is the place you enjoyed the most?

<BobMackin> Via email from PMair in New Zealand: Does the venom expressed for Edinburgh Castle in the song of the same name reflect your feelings about Edinburgh vs. Glasgow?

<MikeScott> No there is nothing personal for me against Edinburgh Castle itself. It's just a symbol...for something inside me. Some old rock, that needs blowing down.

<Evan> Mr. Scott--> The Line from City Full of Ghosts - "The Ghost of a friendship, curdled and sour", who was that, and why so sour?

<MikeScott> It's a wonderful question Evan...and I've been wondering when someone would ask me...If I was an interviewer, this is the kind of question I would ask!

Via email from Mark Marshall in UK: You mentioned at one concert that you may release a Secret Life of the Waterboys -- Raggle Taggle period; any news on this?

<MikeScott> Meet Me at the Station...

Via email from Lasse Brundin in Sweden: You have at times talked about how the Waterboys once played with Bob Dylan (1985). What songs were played on this occasion? It was a recording session in London...the music was all instrumental...and the producer was Dave Stewart. Bob wasn't singing. But he was playing burbly lead guitar non-stop even between songs...

<BobMackin> more from Lasse in Sweden: Is this when you learned "Death Is Not The End”, as performed in concert the same year?

<MikeScott> No, I got Death is Not the End from a bootleg tape...and promptly taught it to the rest of the Waterboys.

<Mizuho2> Mike, “This the Sea" is my favorite (I actually wrote a paper about it while I was in College). I'm curious if you could tell me your inspiration for that song.

<MikeScott> Well Mizuho, on the Waterboys summer 84 tour of the UK we played a small venue in Manchester. I can’t remember the name... on the wall of the dressing room was a piece of graffiti which said...

<MikeScott> "That was the river...this is the whole sea” I loved this phrase and it gave me the initial inspiration for this song...

<RichB> Mike, how is the tour going now? Some friends of mine really enjoyed your Chicago show and waited for 45 minutes to see you...but it was too cold (or something.)

<MikeScott> Yes, it was increadibly cold in Chicago...

<MikeScott> I tried to get Malcom the tour manager to have a word with the Fellow Upstairs to sort out the weather...but no luck!

<MikeScott> The tour is going great, thank you!

<_Echappe> Mike, when are you due back to NY?

<rubadub> how old were you when you first tinkled the ivories Mike?

<Evan> Mr. Scott: Have you recently written anything along the angry veins of Bury My Heart? The emotion...

<MikeScott> Yeah...I've recently written one called “The Dark Man of My Dreams" ...expect to hear it on my next album.

<Evan> Mr. Scott--> Any thought of putting Calgary on the tour map in the future?

<laurao> While you were in DC, you mentioned that you will be appearing on an upcoming album inspired by Yeats. Can you tell us a little more about it. (GREAT show in DC, by the way!)

<MikeScott> Thank you Laurao, the album is currently being compiled in London...the projected title is "Words For Music Perhaps” ...and the record company is Grapevine Records. The artists approached include Elvis Costello, Christy Moore...and a bunch of others, probably out this summer.

<BobMackin> From Mark Marshall in UK: What do you think of bootlegs?

<MikeScott> I once sold Rolling Stones bootlegs...outside a Stones show. A very long time ago!

<BobMackin> The Greek god Pan is mentioned in several of your songs? Why? Are you inspired or fascinated by this half man, half goat mystical being?

<MikeScott> He embodies wildness and freedom, two rare commodities in our modern world...

<Evan> Mr. Scott: Have you ever written anything about the old Irish Protestant Catholic debate?

<MikeScott> No Evan, I haven't.

<BobMackin> What are your thoughts on the prospects for peace in Belfast?

<MikeScott> Like everyone else I'd like to see peace in Northern Ireland...as early as possible. And J have no doubt it will come!

<Mizuho2> Do you plan to return to Findhorn to continue your spiritual journey? Was that place necessary to start/continue the journey?

<MikeScott> Findhorn was a important step on my own joumey...I'm sure I will go back from time to time...My spiritual journey continues wherever I am!

<RichB> Mike, have you ever played Gala in concert? It is my favourite song and sends shivers down my spine....

<Mike Scott> No I've never played Gala live...I'm delighted you like the song.

<BobMackin> Inside Fisherman's Blues there’s a team photo from a soccer game. Do you play much?

<BobMackin> Ooops. It was actually inside Room to Roam. Sorry

<MikeScott> No I don’t play often...In fact, that was the last time I played football...

<MikeScott> it was a challenge match with another band...the Saw Doctors, from Galway. The result was a two all draw...and the Saw Doctors cheated! by including several semi-proffesional footballers in their team. I had sore legs for two weeks afterwards!

<RichB> Mike, How is the tour going? Do you find audiences very different in different countries?

<MikeScott> Yes, they're all different!

<MikeScott> Even from city to city... my current North American tour is my best tour ever!

<BobMackin> Why is it your best? What is making it so special?

<MikeScott> I'm right on the beat of where my music lives! I have a great crew...(even if they do all come from Glasgow) and I've had brilliant audiences...

<Evan> Mr. Scott: What's a Church Not Made With Hands?

<MikeScott> In the song “Church Not Made With Hands" I'm referring to the earth itself...and seeing the earth as a Holy and sacred place...one big temple.

<BobMackin> PMair in New Zealand asks if you're coming to New Zealand.

<MikeScott> I've never been, but would love to come...no plans as yet, perhaps with the next album.

<MikePT> Mike, When did you see the Earth as a holy and sacred place? Surely not recently.

<MikeScott> All the time, Mike! Just cause humans often cause destruction...doesn't mean the earth itself isn't a miracle.

<BobMackin> Thank-you very much for coming Mike, any final words to everyone out there?

<MikeScott> Thanks for all your messages and questions!

<BobMackin> Thanks again. And thanks to all of you out there!

<BobMackin> Come back to inSsite at http://insitezine.com/music for information on how to win Mike Scott prizes.

<BobMackin> And, we're proud to announce our next online chat.

<BobMackin> And don't forget to look for Mike's album Bring 'Em All In on Chrysalis records.

<BobMackin> He may also be coming to a city near you!

<Zinemastr> Thank you all for participating in our LIVE online chat with Mike Scott!

Back to the main article.

Current and former band members; and some guest artists

Here is a list of current and former band members in addition to some guest artists.

For the current and former band members, it shows the instruments and period(-s) they participated.

For both the current and former band members and guest artists, you can see a picture of them if you hoover over their name where I have a picture. For those that I currently don't have a picture for, you will see this image 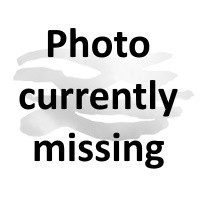 . If you have a suitable picture for those missing, or a better for those I have a picture, please contact me in the Facebook group.

Back to the main article.